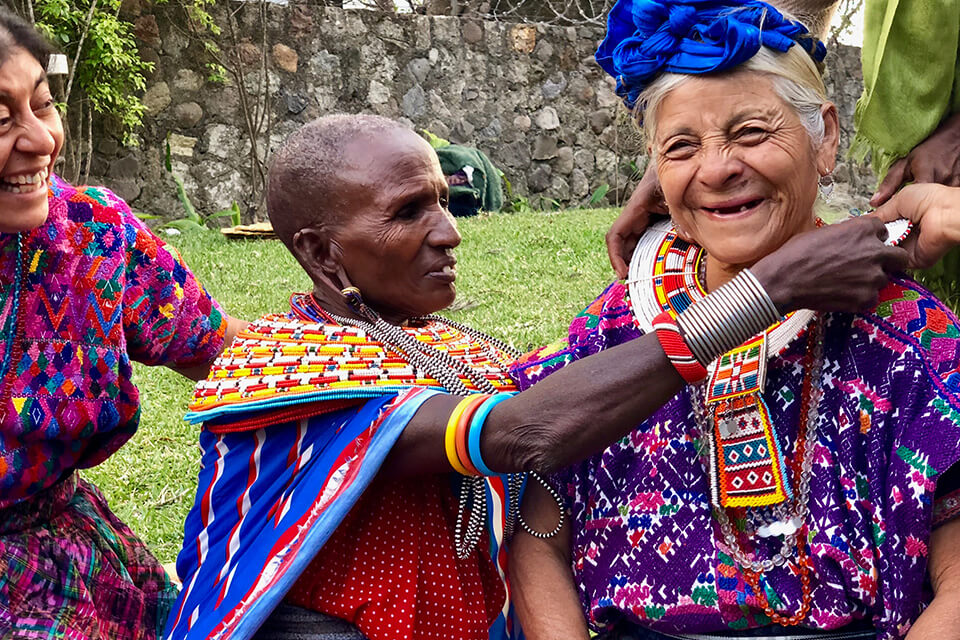 The International Indigenous Women’s Forum (FIMI) is a global network of indigenous women leaders that articulates local, national and regional organizations from Asia, Africa, Arctic, Pacific and the Americas. FIMI’s mission is to bring together Indigenous women leaders and human rights leaders from different parts of the world to coordinate agendas, build capacities and develop leadership roles. FIMI encourages Indigenous women’s participation in international decision-making processes by ensuring the consistent and substantive inclusion of Indigenous women’s perspectives in all discussions regarding human rights. Since its founding in 2000, FIMI has grown as a network and as an institution, playing the role of facilitator in areas of dialogue and consensus. FIMI has strengthened and increased its participation in international spaces, including in the negotiations on the United Nations Declaration on the Rights of Indigenous Peoples, in the annual sessions of the United Nations Permanent Forum on Indigenous Issues (UNPFII) and in the 2014 World Conference of Indigenous Peoples.  In these processes, FIMI has developed a strong capacity for work and partnership with other social movements.  In 2010, FIMI created the AYNI Regranting Fund for Indigenous Women, and in 2012, the Global Leadership School.