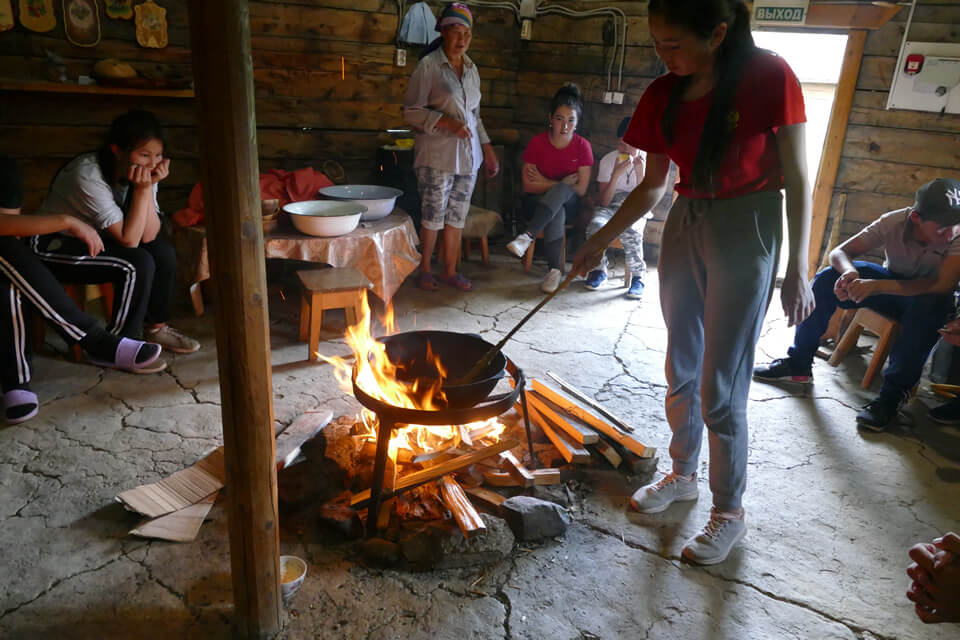 The non-profit AruSvati (formerly The Tengri School of the Ecology of the Spirit) was established in 1995 to protect the sacred Karakol Valley of Altai in Russia as well as its traditional knowledge and Indigenous culture. By 2001, the Tengri School established Uch Enmek Nature Park – named after the sacred Uch Enmek Mountain that is at the core of the valley. The park’s status as a protected area makes it possible to help guide the social and economic development of the Karakol Valley on the basis of traditional knowledge and to involve the local community and government in this process

In 2006, the Tengri School created an alternative school program to integrate traditional knowledge into education, with an eye toward laying the groundwork for the Ot-Ochuk Cultural Center, which has since gained status as a “federal experimental educational site” that networks five schools in the Karakol Valley. Participant schools working within this program have become partners and members of the now operational Ot-Ochuk Center, accredited in 2016, which includes AruSvati (formerly Tengri School), an Altaian Center for Traditional Indigenous Wisdom and Ethno-Cultural Scientific Education.
« Back to Grant Partners
Copyright: © 2019 Tamalpais Trust. All Rights Reserved.
Photos by Alan Zulch, Jaune Evans and Tamalpais Trust grant partners. P.O. Box 151048, San Rafael, CA 94901 - 415.456.8787